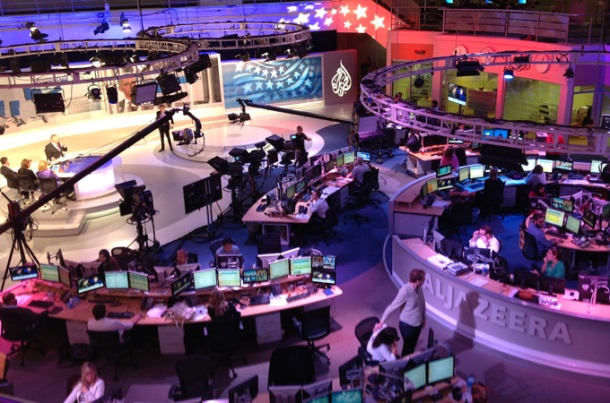 Earlier this week, World Policy Institute fellow Patricia DeGennaro appeared on Al Jazeera America to discuss why Israeli-Palestinian negotiations have once again come to a halt. Joined by Ghassan Shabaneh, Associate Professor at Marymount Manhattan College, DeGennaro provided a brief but insightful look on what it would take to achieve peace between the two parties.

On why the negotiations have yet to succeed, DeGennaro argued that the imbalance of power between Israel and Palestine makes facilitating talks extremely difficult.

“There’s a stronger party and there’s a weaker party. It’s not necessarily about fault, it’s just about whether or not the parties are absolutely determined and committed to this peace process… it seems that the Israelis, since they do have the upper hand, often are pulling all these different cards out, right at the right time in order to shift the process back to no more talking.” 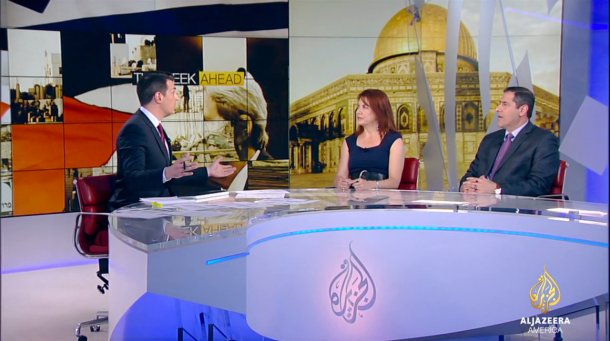 Co-guest Ghassan Shabaneh argued that the U.S. has missed opportunities to propose new components to peace negotiations. “The U.S. hasn’t put anything new on the table since 1993 and that’s why we are failing once and again and once and again.” He believes a two-state solution is in the best interest for U.S. national security interests.

Echoing the sentiment of a The New York Times recent editorial, Shabaneh added that energy behind the peace process is waning. “[The U.S.] is leaning more towards Asia…If Israel doesn’t cut a deal within the next 5 to 10 years, the U.S. is withdrawing slowly from the Middle East. Who’s going to guard Israel?”

In discussing the rapid growth of Israeli settlements in the West Bank, from 111,600 settlers in 1993 to 328,000 in 2011, DeGennaro argued that the growth of settlements impedes the peace process.

“Let’s face it, settlements are a huge problem. They’ve been increasing ever year. Every time there’s a peace process, they increase. So they’re just contentious. They’re also de facto making a one-state solution. And it’s very controversial to look at it this way but at this point, with the  settlement on the Jordan border and with all the settlements in the context of the growing ones in the West Bank, they are de facto making a one state out of the area. And so, what are they going to do with the marginalizing and the people that are there?”

A meeting schedule between Israeli and Palestinian negotiators for Wednesday was cancelled. It was supposed to extend the negotiation’s deadline of April 29. Meanwhile, violence between the two parties continues.