Many Bronx residents, especially those who run local businesses or commute to work outside the borough, welcome MTA’s proposed Penn Station Access plan that would add a Metro North commuter line through the Bronx.

Others worry it could raise housing prices and pose safety concerns.

The proposed line would use the existing Hell Gate tracks that currently service Amtrak and freight trains. There would be stops in Morris Park, Parkchester/Van Nest, Co-Op City and Hunts Point. The MTA is currently trying to secure funds for the multimillion-dollar project.

Madeline Vasquez, a Parkchester resident who stays at home caring for her baby, said that having a nearby Metro North station would motivate her to find a job.

“I would find a job and it would be easier for me to get there. If I knew there was a job right near Penn Station, I would take the train there and back. I would rather have an easier commute with one thing, since my youngest would hopefully be in day care,” she said.

For others, the plan would provide access to northern parts of the Bronx, Westchester County and Connecticut.

“It would help people that are struggling to get jobs. They could take a train and find a job either in the Bronx or in Westchester to work. Not many busses take you upstate, ” said Jorley Feliz, employee at Radio Shack on E. Tremont Avenue.

An official MTA presentation on its website estimated that the new train line would save commuters traveling from the Bronx to Penn Station anywhere from 20 to 45 minutes. Commuters going to Stamford would save approximately 60 minutes.

“The buzzword in urban planning today is transit-orientation development. Even with existing services, ridership is going through the roof. It’s going up,” said Gene Bunnell, professor of Geography and Planning at SUNY Albany and former resident of the Bronx.

Pablo Escalante, the manager of Reemy’s Discount and Convenience Store on Metropolitan Avenue, is one of several business owners who think the proposed Parkchester/Van Nest Metro North stop would boost sales.

“We could see more traffic in the area. This area is kind of dead. There is no foot traffic,” Escalante said. 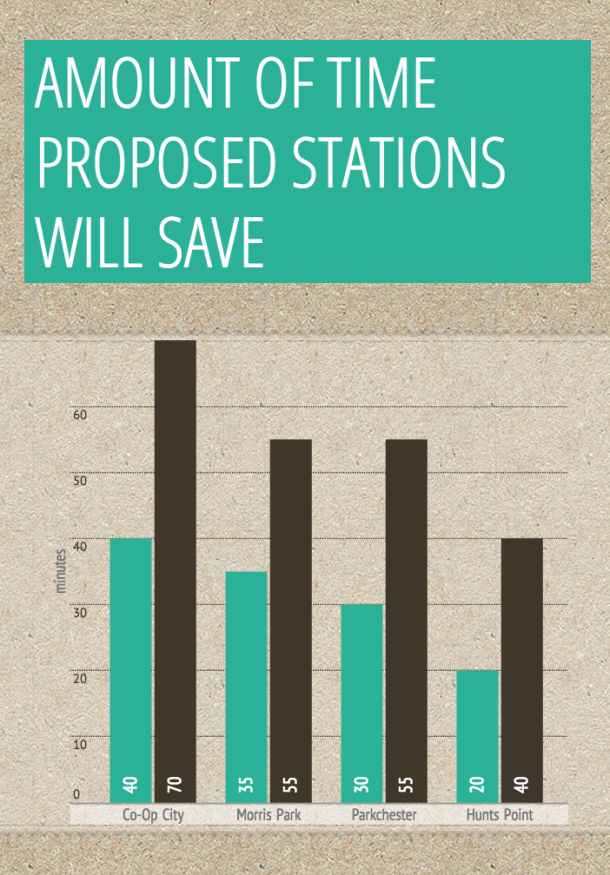 Keith Allen, a waiter at The Bronx Grill, said, “It would also be great for the restaurant.”

The proposed Morris Park stop was received more skeptically from businesses on Bassett Avenue, just yards away from the Hell Gate line.

“This is an industrial park, as you can see from just looking around. Where are people gonna walk to and from?” said Chris Jones, 42, who works at DeSantos Appliance Retailer on Bassett Avenue.

“There are lots of trucks going through here. I don’t want people getting run over,” he said. 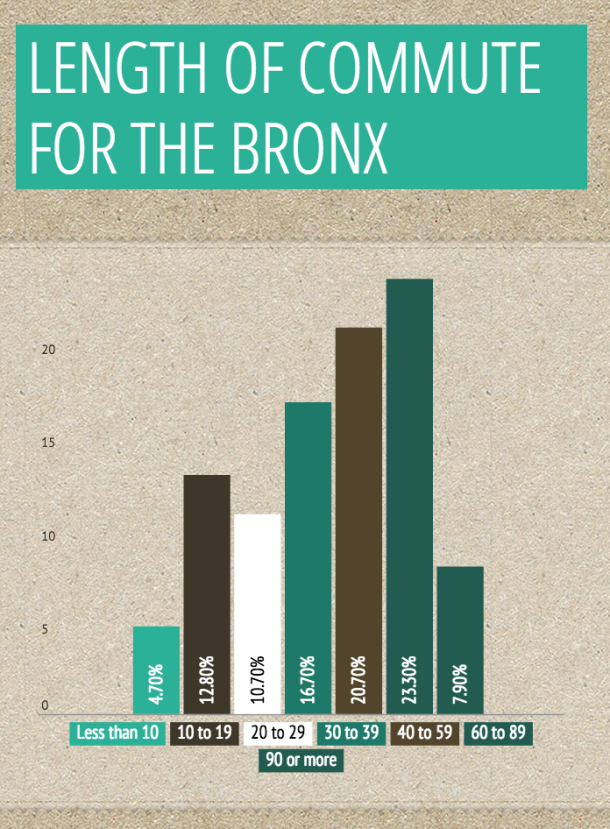 Some residents worry that the stations could raise housing costs.

Angel Sanchez, 19, who works in Parkchester said, “The issue of gentrification comes up, with the cost of living going up. I see this happening the minute the station gets built.”

Thomas Musicht, the chief of staff for Assemblyman Luis Sepulveda, said, “We think it’s a great idea. It’ll definitely make it easier for everyone to get downtown and will mean a faster commute for people.”

But he added, “Property values will likely rise. Whether that’s a good or bad thing is another story.”