Fans are signing up for a workshop called “Britney Spears: Goddess, Feminist Icon, Pop Priestess,” a quirky but semi-serious workshop that discusses the singer’s unique role in feminism, sexuality, and pop culture. Call it nostalgic, call it crazy, but the New York event keeps selling out.

See the rest of my article on The Daily Beast

An inside look at the Britney Spears class run out of an apartment in Brooklyn.

Meet Rachel Goldberg, 27 and Suri Ratnatunga, 26 – friends and coworkers who realized that there were many more people out there who shared their mutual love for Spears. 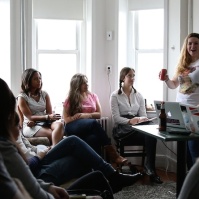 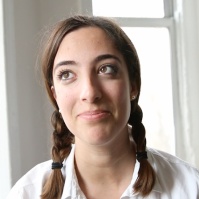 Hannah Orenstein, 21, came dressed up as Spears from her hit song “Hit Me Baby One More Time.” 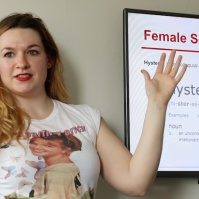 The workshop discusses Spear’s role as a feminist and pop culture icon.

In addition to beer and cocktails, participants can choose from different Spears themed snacks. 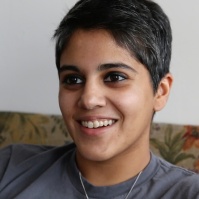 “The plan is to expand this,” Ratnatunga said. A warehouse party planner has reached out to them about hosting a Britney Spears themed dance party.

The duo has booked a few more workshops for this spring using an online platform called SideTour, now owned by Groupon. The workshops have all been selling out.
Advertisement