Telling important stories and inspiring people — that’s what I think is important.

I’m a senior reporter at Business Insider covering inequality, diversity and inclusion in the workplace, and leadership.

My last role was at NBC’s Today.com, where I wrote and edited breaking news and lifestyle stories. Previously, I was a reporter for CNBC, where as the first reporter for the new section “Make It,” I helped expand the site’s coverage on career advice and entrepreneurship news. Before that, I covered business, the economy and global politics for CNBC.

My work has appeared in The International Business Times, The Daily Beast, The New York Daily News and others.

I hold a Master of Arts degree from the City University of New York (CUNY) Graduate School of Journalism, where I was a McGraw Business Journalism Fellow. My graduate work earned me and my team a Television Academy student Emmy nomination (Television Academy Foundation). 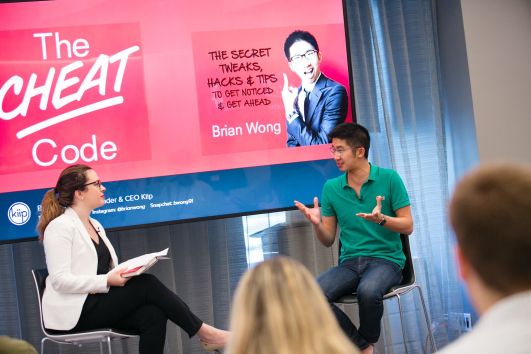 Check out my recent news articles articles or production experience!